My best friend Deanna came to visit over Labor Day weekend, making her my very first visitor in D.C.! (My mom and Aunt Tina helped me move in, but they really didn’t get the guest treatment. It was more of a “mostly work, very little play” type of deal. Sorry, ladies! Please come back.) 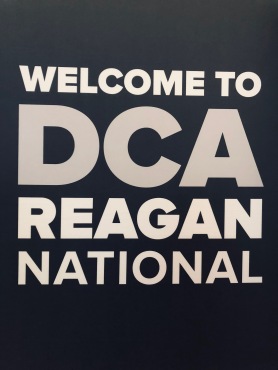 There are so many great things to see and do here, but Deanna’s #1 requirement was that we do things I’d been looking forward to doing with a friend. ❤ Her flight arrived late Friday night, so we got off to a relaxed start on Saturday. 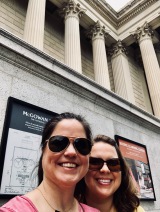 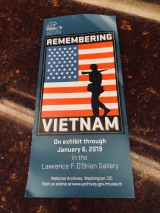 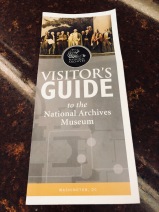 We headed to the National Archives specifically to see the Hamilton exhibit where they paired lyrics from the musical with corresponding letters. There was one from George Washington recommending Ham for Treasury Secretary, one from Hamilton himself about his finances that he wrote the week of his fateful duel with Burr, and one from his wife, Eliza; she wrote to Congress to request that Hamilton’s papers be published. It was so cool to see them all! Unfortunately, photography wasn’t allowed in that section. While we were there, we also looked at the Declaration of Independence, U.S. Constitution, and the Bill of Rights plus a fascinating exhibit about Vietnam. 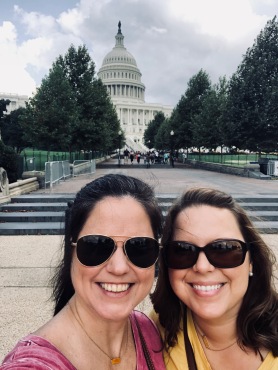 We popped into the U.S. Capitol just before an afternoon downpour. Isn’t the pic on the right awesome?! (The last 14+ years of my life would be MUCH less documented without Deanna and her photography skills.)

On Sunday, we spent several hours enjoying The Yards along the Anacostia River. We ate brunch outside at Due South and then walked along the river before grabbing dessert at Ice Cream Jubilee. So tasty and so fun! 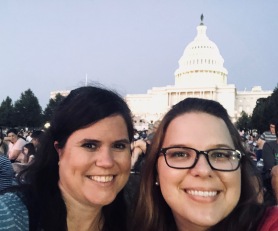 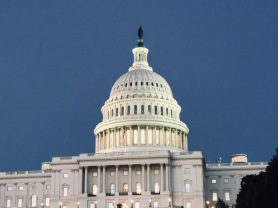 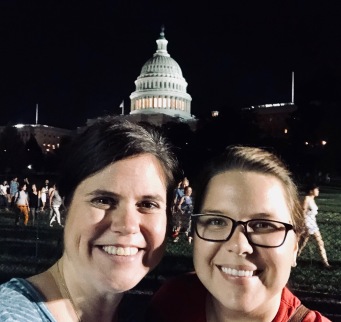 We returned to the Capitol that evening for a free “patriotic” concert with the National Symphony Orchestra. They were excellent, but “patriotic” isn’t the adjective I would’ve gone with. Deanna and I definitely knew the national anthem, “God Bless America,” and the “Salute to the Armed Forces.” The other 80 minutes or so were more of a nod to American composers through the years.

On Monday, we went to the Newseum. Before you even go inside, you can peruse the day’s front pages from every state in the U.S. plus the District of Columbia. We spent a couple of hours here but didn’t even visit every floor. I’m seriously considering an annual pass because I enjoyed it so much! 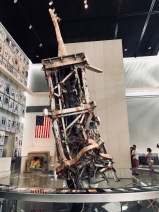 Two of the most breathtaking exhibits were the pieces of the Berlin Wall and a piece of the antenna from the North Tower of the World Trade Center. 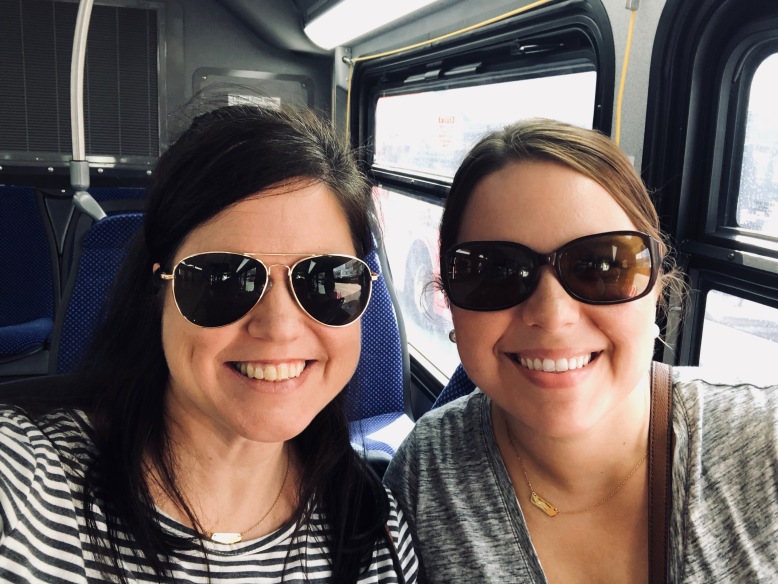 last picture of the trip

We spent the rest of Monday running some errands and completing some tasks in my apartment that required an extra set of hands. Deanna was so kind to spend part of her trip helping me get things done! The airport goodbye was SUPER sad, but I’m so thankful she was able to come at all. It was so nice to see a friendly face and to get to experience my new city with my best friend.

Visitor #2 arrives this weekend, so maybe it won’t be as long between posts! Maybe. 🙂

You could make this place beautiful,